A good start in the shadow cabinet 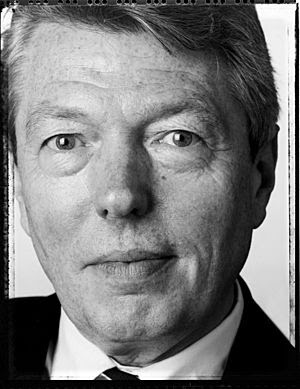 Ed Miliband has chosen wisely in making Alan Johnson (left) his Shadow Chancellor, rather than Ed Balls or even Yvette Cooper, whatever her undoubted talents. She is an interesting choice as shadow foreign secretary, and her big success in the PLP vote deserved such a reward. Johnson has a sounder understanding of how to take on George Osborne and the coalition, and his humour should do wonders to prick Osborne's pompous sense of his own self-importance. Ed Balls has the chance to provide the Tories with the opposition they deserve on crime and justice policy, provided he is ready to reflect the views of ordinary Labour voters, and overcomes his own instinctive opposition to the sort of measures that have helped reduce antisocial behaviour and crime while Labour was in government. With Ed Miliband's loyal lieutenant Sadiq Khan shadowing Ken Clarke at Justice, this may be more difficult.
Andy Burnham's Blairite instincts should return some sanity to the party's schools policy, and he needs quickly to reclaim academies as a Labour success story, while ensuring that he develops a distinctive but constructive critique of the Tories' version. At health, John Healey needs to regain the initiative in challenging the destructive reorganisation of the NHS and reminding voters at every turn how the Tories ditched A&E and waiting time targets, as the consequences of Andrew Lansley's madness come home to roost. Jim Murphy is a good pick at defence, and Caroline Flint needs to find the right riposte to Eric Pickles at communities. By picking John Denham to shadow Vince Cable, Ed Miliband is ensuring that his mistaken graduate tax plans are advanced. Douglas Alexander is a good pick on work and pensions, and should be able to provide the constructive positioning needed on the issue. Interesting that he also wisely ignored the PLP, by giving Shaun Woodward Northern Ireland and Peter Hain Wales, pushing his shadow cabinet up to a hefty 27 places. Liam Byrne is a bit wasted shadowing the cabinet office unless he is explicitly taking on Nick Clegg (which Harriet Harman will do as deputy leader).
But there are big promotions - and a real test - for Mary Creagh shadowing DEFRA and Meg Hillier taking on Chris Huhne at environment. With Harriet Harman also shadowing International Development, Patricia Scotland as shadow Attorney General, Rosie Winterton as chief whip, Angela Eagle as shadow chief secretary, sister Maria at Transport, Ann McKechin covering Scotland and Tessa Jowell keeping her cherished Olympics role, Ed Miliband now has a record 12 women in his shadow cabinet, a vindication for Harman's efforts to achieve greater equality. The new shadow cabinet has many new faces. Now their challenge is to get the response to the Spending Review right. With AJ, there is a better chance that they will do so.
Posted by Conor Ryan at 14:01:00