Is this man really up to being Home Secretary? 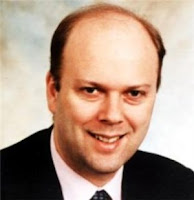 The papers are full of sour assessments of Jacqui Smith's tenure at the Home Office. Yet her handling of the only major security crisis i her tenure was exemplary. And despite having half her department taken over by Jack Straw, she more than held her own in dealing with the day-to-day crises that overpower home secretaries. Where she was let down was in being forced by Downing Street to rerun the 42-day detention saga, without the necessary support, and in a failure to engage with the unelected pundits who decide whether you're any good or not. In her ten years as a minister, her talents shone through to those who saw her in action (as in dealing with the 2005 Schools Bill) but she was dealt a difficult hand with a castrated Home Office that always made her task that bit harder.
But I defy anyone who criticises Jacqui Smith to explain how her Conservative alternative, Chris Grayling, would be an improvement. Where David Davis set the standard for opposition, and Dominic Grieve had at least a decent pedigree in human rights, Chris Grayling's dull ineptitude is another indictment of David Cameron's personnel judgment. Can anyone think of a single thing Grayling has said of note since he took on the job? Grayling's inability to string a few gracious words together yesterday - in contrast to his Lib Dem opposite number - beyond the patronising repetition of Smith being 'a woman' sits ill with anyone who has hopes of high office. How, exactly, is this man supposed to think on his feet in a post that moves from crisis to crisis with unerring regularity?
The idea that he might be our Home Secretary is truly shocking.
Posted by Conor Ryan at 10:46:00