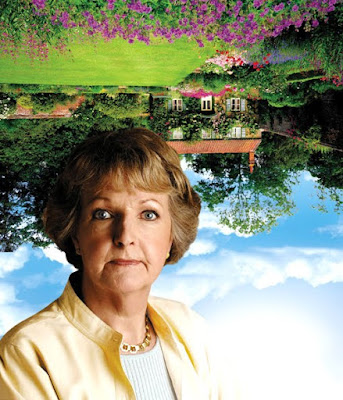 To see Entertaining Angels, a sparky, poignant and very English comedy, running this week at Bath Theatre Royal. The story of a vicar's widow who in the midst of her discussions with her late husband's ghost is stunned to learn a dark secret about his past and their marriage. It is a story with echoes in that of the new vicar, a young woman who is ready to take over the vicarage.
Penelope Keith is superb as Grace, the spiky widow, and she has strong support from an excellent cast, including Polly Adams as her sister, a missionary who supposedly has come home to comfort her and Benjamin Whitrow as the late vicar.
There is a marvellously evocative set of a vicarage garden, complete with a small stream and real plants. But the best thing about the play - aside from Keith - is Richard Everett's script which is punchy, witty and philosophical in equal measure. It is on tour this year and may reach the West End in 2010, where it deserves to be a hit.
Posted by Conor Ryan at 23:10:00