Bad advice: how the jerry can salesman is crippling Cameron's Downing Street 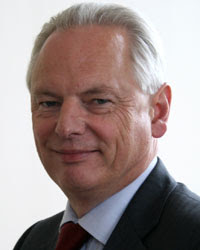 George Osborne may be taking much of the blame for the crisis-a-day budget that has spawned anger from Greggs pasty counters to charity balls. But he shouldn't shoulder the blame all by himself. There is another figure who deserves to share the credit blame with the Chancellor: Francis Maude. When last we heard from the Cabinet Office Minister, he was advising us to stock up on petrol-soaked jerry cans in our garages, in an act designed to show just what he thought of all that silly 'elf and safety advice. Since his wisdom was not received in the spirit of helpfulness with which it surely was intended, the Horsham MP has disappeared.

Cameron will hardly have thanked Maude for his jerry can sales drive, as it added to the narrative of woes that also included his own misremembered pasty-eating escapades on Platform 3 at Leeds Station. But his ingratitude should be extended more widely when it comes to Maude. For he is responsible for most of the Government's woes. Oh, I know, Andrew Lansley must take the fair share of the blame for his crazed health reforms, but since he is so totally lacking in self-awareness, he can't really help it. And Osborne really should have foregone the White House in the week before the Budget, but he knew that his quadmate Danny Alexander was there to do the Budget read-through in his absence, so perhaps he can be forgiven too. 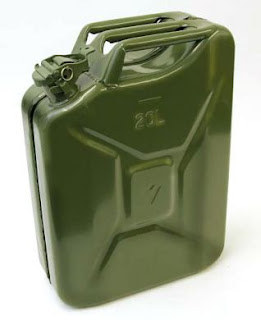 Yet, if Cameron had some politically astute, policy-focused special advisers in Downing Street, at least they could have confined the wayward health secretary to banning labels on fag packets and getting Coca Cola to feign an interest in making fat people thin instead of screwing up the NHS. Had he got somebody wise shadowing the Treasury they might have spotted the dangers of the granny tax, the pasty tax, the charity tax and all those other delights that keep on giving from Osborne's car crash of a budget.

But the reason that he relies instead on a policy unit dominated by civil servants with little political nous is Francis Maude. For it was his bright idea to mock Labour's lavish spending on, er, 84 special advisers across government that as Neil O.Brien of Policy Exchange so shrewdly noted in yesterday's FT cost less in a year than DWP pays in benefits to dead people every week.


People worry about the expense. But peak expenditure on special advisers under Labour was £5.6m a year – less than the government pays in benefits to dead people each week. Advisers enable ministers to grip their department and cut costs. Elsewhere, their numbers are much higher: Australia has twice as many, with only a quarter of the number of civil servants. Germany’s Angela Merkel has a whole chancellor’s department to enforce her will.

Maude decreed that the coalition - especially No 10 - would be purer than pure when it came to special advisers, obviously assuming that they were all straight out of The Thick of It rather than a vital lever of power. Funny enough, the civil service were generally happy enough to encourage him in his delusions. And the result is what it is: a dysfunctional government that is still making headlines with a cost-neutral budget and a government that lacks much sense of direction or purpose despite some progress in education and welfare.

Of course, wiser ministers have simply cocked a snook at the Jerry Can salesman by recruiting like-minded folk as policy advisers or in communications roles to top up their SpAd quota. But, really, why the pretence? It is as utterly silly an issue as the debate over party political funding. Politicians think the voters really care that much, when in fact it is the attempt to raise money from other than taxpayers that causes all the problems or the chaos that comes from not biting the bullet on special advisers that creates chaos.

Here is an issue where there needs to be some common purpose between the parties. Politics and good government need to be paid for. Let them stop treating voters like idiots, and tell it to them straight.
Posted by Conor Ryan at 12:21:00