This man is the real Wallender 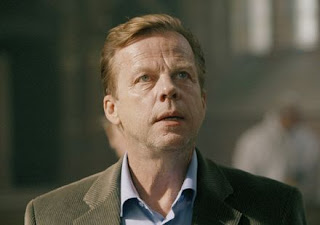 BAFTA may have got it right with best actress for Julie Walters as Mo and recognition for Mad Men and The Thick of It. But what could have possessed them to award Kenneth Branagh Best Actor for his simpering, unreal portrayal of Kurt Wallender? (There are many other series in which Branagh has been superb, just not this one). Don't the Academy know that there is only one actor who captures Mankel's brilliant Swedish detective perfectly - and that is Krister Henriksson (left), who has played the part in the Swedish series that is infinitely better than the BBC version. Thanks to BBC 4, we know this. Why doesn't BAFTA?
Posted by Conor Ryan at 09:24:00