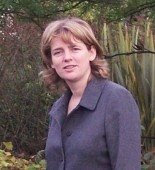 Ruth Kelly has always been a far more impressive minister than her public persona or reputation suggested. When I worked with her when she was education secretary, her knowledge and interest in the detail and consequences of policy was always abundantly clear; I am sure she brought the same commitment and grasp of detail to her transport job, and her departure is a loss for a government in which delivery matters. Moreover, her lunchtime interview on the World At One and conference speech today showed that, when she spoke from the heart, her sincerity shone through, despite a not wholly unfair reputation for poor public performances.

But I do think both Ben Brogan and Daniel Finkelstein are right when they suggest that the manner in which this resignation was 'announced' stinks. Someone who presumably thinks they are doing Gordon Brown a favour has undone a lot of the good he achieved in his powerful speech yesterday by leaking the story. It reflects an approach seen with David Cairns last week and it suggests that the people around Brown simply don't understand the extent to which they are damaging him and precipitating further revolts. Whoever thought it a good idea to feed this story to Newsnight should be in possession of their marching orders pronto.
Posted by Conor Ryan at 13:45:00

I agree. Above all she is a thoroughly decent and honest person, who actually tried to act in the best interests of the country rather than look for personal or political gain from every situation. What a contrast to her successor at the Treasury, whose rise continues unchecked.

Oh come on. She was a crap Minister who was hated by Labour Party members and distrusted by the genereal public. She paid your wages so you liked her, Conor; but the rest of us are pleased that she has gone.

Actually, Iain was wrong there. Ruth Kelly didn't pay my wages, nor did DFES while she was Secretary of State. I worked with her when I was No 10 education adviser, so my view is more objective than you suggest.

As a member of the 'genereal' public, I would like to say what a marvellous and hard-working Minister Ms.Kelly has been. It is a shame though that the news of her resignation has overshadowed Gordon Brown's magnificent speech. Isn't it great that the Tory lead has been cut in half? Let's see it fall further by the end of next week!

Well yes I've left my husband, well until things clear a bit then we will get back. Yes Blair is my best friend. the problems was she could not get over the fact Blair had left the room, and the country most of the time.

Will we miss her I doubt it has she finished hitting Brown I doubt it do I care not anymore.